The international community must protect Hazaras from genocide in Afghanistan 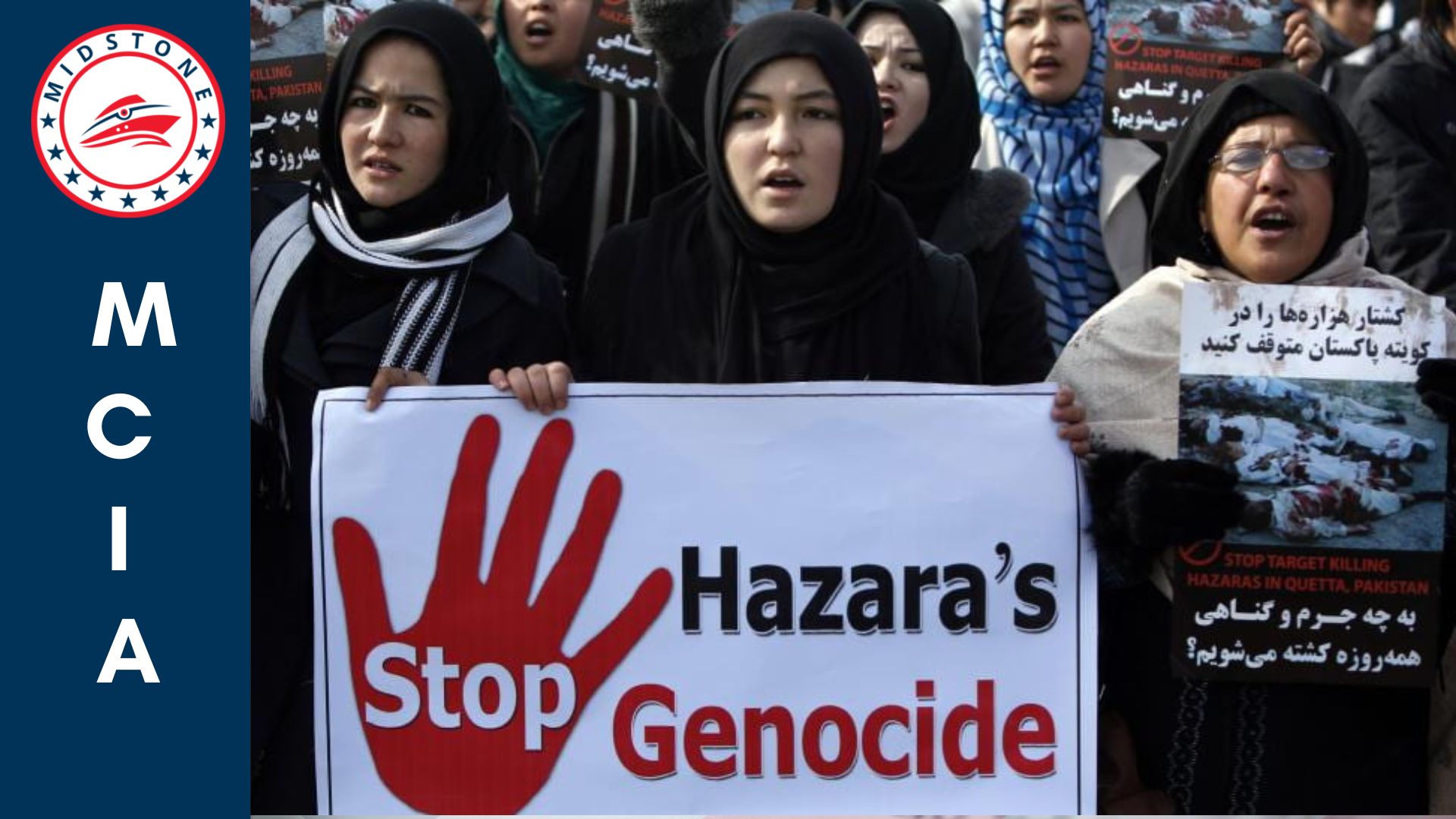 The systematic ethnic cleansing of the Hazara people has a very long history, starting with the brutal Afghan king Abdurrahman who declared jihad against the Hazaras with British money and weaponry, suppressing a proud ethnic group for the centuries to come. During his reign, based on his direct decrees rooted in religious fatwas, 62% of the Hazara population faced genocide and their lands and properties were seized and distributed among the Pashtuns – who are Afghanistan’s largest and most dominant ethnicity. The remaining population was either forcefully displaced internally or fled the country.

In the Taliban Era:

The first Taliban rule in the 1990s was devastating for Hazaras when thousands were persecuted and slaughtered. These experiences have had a long-lasting, traumatising effect on the collective memory and consciousness of the community.

Following the U.S. withdrawal from Afghanistan in August 2021, more than 2,800 Hazara Shiites were forcibly evicted from their homes. As an ethnic and religious minority, targeted violence from the Taliban and the Islamic State Khorasan Province (ISIS-K) is not new but is worsening under the Taliban’s rule. The rapid increase in human rights violations against the backdrop of a century-long pattern of systemic oppression has increased the risk of the Hazaras facing imminent ethnic cleansing.

On August 19, 2021, Amnesty International released a report documenting the Taliban’s targeted attacks against Hazaras and said the group was responsible for the “brutal massacre of Hazara men” in Ghazni and Daykundi provinces. Since coming back to power in August 2021, the Taliban have forcibly removed hundreds of Hazara families from their homes and villages in Helmand, Uruzgan, Daykundi, and Balkh provinces.

On August 23, 2021, the United States Holocaust Memorial Museum published a statement warning of the serious risk of genocide and crimes against humanity against the Hazaras. According to the statement: “As both an ethnic and religious minority, the Hazaras have long faced discrimination and violence. The group has suffered social and economic marginalization and waves of physical attacks.”

On April 19, 2022, a high school and an education centre in a Hazara neighbourhood in western Kabul were bombed, killing and maiming scores of school children. The next day, a Shiite Hazara mosque in the northern city of Mazar-i-Sharif was bombed, killing thirty-one and injuring eighty-seven worshipers attending prayers during the holy month of Ramadan. However, local reports indicate a much higher casualty figure. Another mosque in Mazar-i-Sharif was also attacked on the same day and in the same manner, killing and injuring dozens. On April 28, two explosions targeting civilian mini-buses in Mazar-i-Sharif killed at least eleven and wounded at least eighteen Hazaras. On the same day, five Hazara miners travelling in a civilian passenger car were stopped and shot dead in Samangan province.

Media journalists & activists were prevented from covering the news by the Taliban.

International Community should speak up :

Despite the ongoing targeted attacks on the Hazaras in Afghanistan, the issue does not receive enough attention from the international community.

Due to the circumstances in Afghanistan, all Afghans face precarious and dangerous circumstances, but the situation is particularly desperate for the Hazaras, who have been historically marginalised, dispossessed and massacred. The risk of ethnic cleansing and even genocide that they face should be a matter of international concern and international human rights bodies need to take action.

A genocide is taking place in Afghanistan but the world is quiet. The international community must pressure the Taliban to guarantee the protection of the rights of the Hazara people, to ensure a genocide against them does not take place.

The international community has a legal, moral and political obligation to protect the Hazara people. It must honour the commitment of “never again” in the Convention on the Prevention and Punishment of the Crime of Genocide