What Does Islamic State’s Wilayah al-Hind and Wilayah Pakistan Mean? 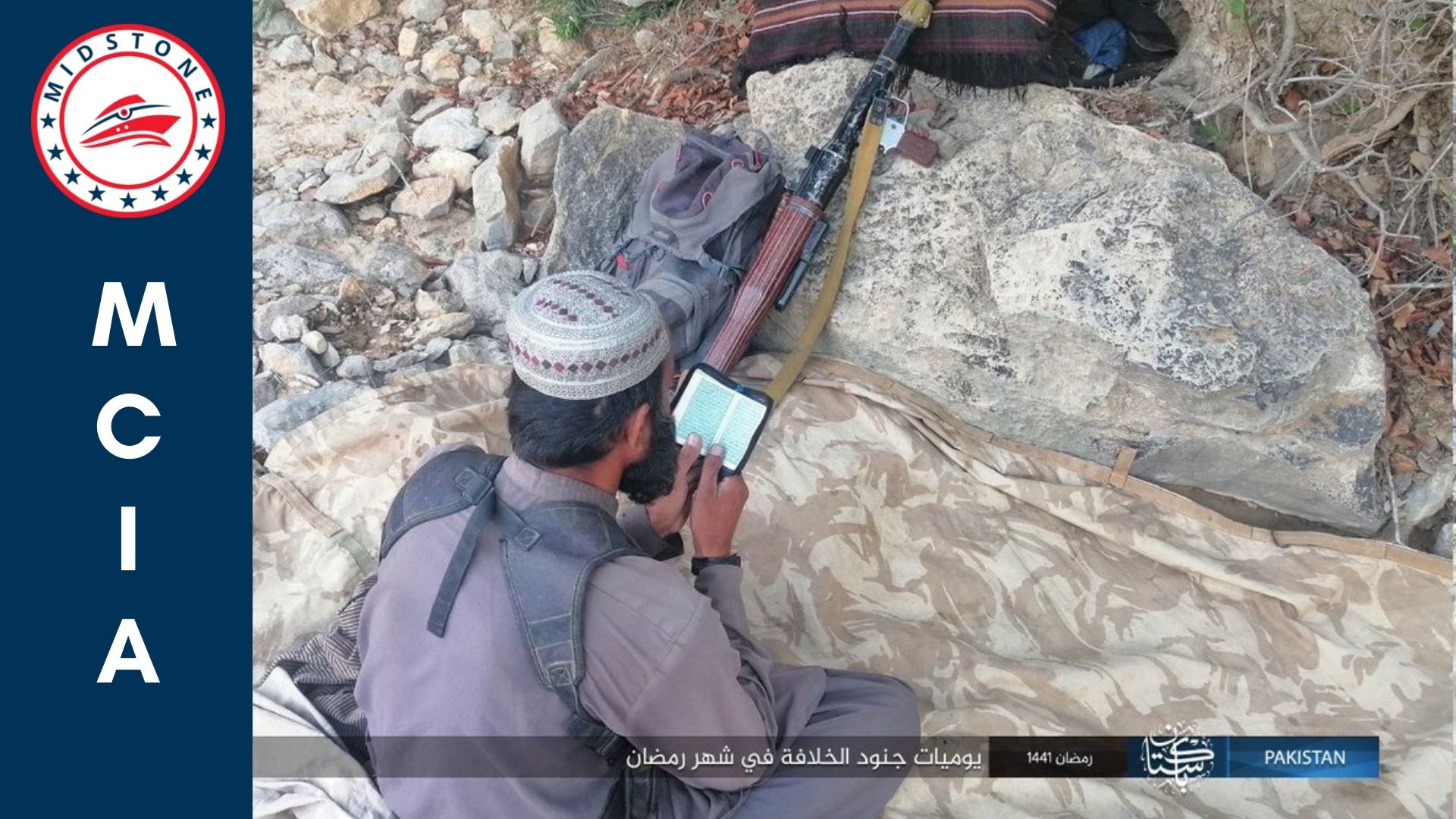 On 29th April 2019, Islamic State’s (IS) chief Abu Bakr Baghdadi made his first video appearance in almost five years since first appearing in a 2014 video from Mosul, Iraq, vowing to continue the jihadist battle against the U.S. and Coalition countries in the propaganda footage titled “In the Hospitality of the Emir of the Believers” released by the official media wing of IS the al-Furqan Media.

In the 18-minute video, Baghdadi, who appeared fully recovered from the alleged injuries sustained in a 2015 airstrike, repeatedly praised the “steadfastness” of his fighters and said that even though Islamic State has lost territory, “jihad is ongoing until the day of judgment.” He continued to praise the attackers in Sri Lanka who killed more than 250 on Easter Sunday and rejoiced that Americans and Europeans were among the dead. In the video, he also recognised the terror group’s defeat in the Syrian town of Baghuz and said that the Sri Lanka attacks were in response to that.

The footage showed a 47-year-old Baghdadi seated next to an AK-47 assault rifle – a pose reminiscent of images of slain Al-Qaeda leader Osama bin Laden.

In the same video, the ISIS chief was also seen examining “monthly reports” about the group’s activities in different countries, including Yemen, Sudan, and even Turkey. A booklet titled “Wilayah Turkiye” was seen in the hands of Baghdadi, which was the first hint that IS had stopped officially announcing the formation of Wilayahs and has taken a more casual approach. This was the first instance when the term “Wilayah Turkiye” was seen being used in an IS propaganda publication.

Then on 10th May 2019, Islamic State released a statement claiming early morning clashes that occurred on the same day in India-controlled Jammu Kashmir, that killed a local IS commander named Abu Nader al-Kashmiri aka Ishfaq Sofi. In the statement claiming the clashes, IS casually announced the formation of Wilayah al-Hind in India, which was the first such official use of this term since the establishment of IS in the Middle East.

On the early morning of Friday, 10th May, Indian security forces launched a cordon and search operation in the Shopian area of Jammu Kashmir following a heavy exchange of firing with suspected militants. During the operation, Indian security forces killed a local IS commander named Abu Nader al-Kashmiri in Amishpora area of Shopian. He was originally a resident of Sopore area of Kashmir.

Following the announcement of Wilayah al-Hind, pro-IS Telegram channels released multiple posters celebrating the establishment of the new province in India and the “martyrdom” of Abu Nader al-Kashmiri.

Photos released by local journalists showed the large presence of people participating in the funeral of Abu Nader al-Kashmiri in Kashmir.

Then on 15th May, Islamic State released multiple statements claiming two separate attacks in the Balochistan province of Pakistan. In the statements, Islamic State casually announced a “province” in Pakistan, dubbed Wilayah Pakistan.

Previously Islamic State’s franchises in India-controlled Jammu and Kashmir and Pakistan fell under the Afghanistan-based “Khorasan Province” or ISKP in short. Following the announcement of two new “provinces” in India and Pakistan, ISKP has now been restricted to operations in Afghanistan and Pakistan’s KP province.

One day after the announcement of Wilayah Pakistan, on 16th May, Pakistani security forces carried out an hours-long operation near the city of Quetta in the southwestern Balochistan Province where repeated militant attacks occurred has occurred. A total of nine militants allegedly belonging to the Islamic State were killed in the operation. Four Pakistani troops were also wounded in the operation, carried out in a mountainous area called Qabu Koh-e-Mehran in the Mastung district, 47 kilometres from Quetta.

“Nine bodies (of Islamic State militants) have been brought to the hospital from Mastung,” said Waseem Baig, a spokesman for a Quetta hospital, while talking to the media.

Gruesome photos of the dead bodies of the nine slain militants appeared on the internet.

Earlier in May 2019, the United Nations officially sanctioned Islamic State’s Khorasan Province (ISKP) as a terrorist organisation. The UN’s description of the group included few details, other than that the organization was formed on Jan. 10, 2015, by a “former Tehrik-e Taliban Pakistan (TTP)” commander and “former Taliban faction commanders who swore an oath of allegiance” to Abu Bakr al-Baghdadi. The US State Department designated the Islamic State’s Wilayah Khorasan as a Foreign Terrorist Organization (FTO) in Jan. 2016. However, the newly announced Wilayah al-Hind and Wilayat Pakistan remain unsanctioned by the UN and US.

Islamic State, in an attempt to prop up its presence outside of the Middle East following the loss of territory in that region, has resorted to post-colonial terms for its two new Wilayah in Asia. Previously, Wilayah Khorasan, which is a pre-colonial historical term, covered IS operations in Afghanistan, Pakistan and the surrounding region, including Iran and India-controlled Jammu Kashmir. This localized strategy by IS is new and is somewhat more in line with the strategy of its rival terror group, Al-Qaeda. This also means that IS has most likely already designated respective emirs and commanders for its new Wilayah in India and Pakistan.

This new IS strategy should not just be ignored as a propaganda stunt as it shows that IS is looking to expand its footprint outside of the Middle East at any cost. 2019 IS attacks in Sri Lanka are also another good example of the new expansion strategy of IS. With this new strategy, IS also seeks to boost the morale of its local members and supporters, many of who were initially disillusioned after seeing visuals of surrendering IS fighters and their families in the Middle East.

This new IS strategy brings unique challenges but also an opportunity for both India and Pakistan, as both countries see IS as a sworn enemy and therefore could consider collaborating in their fight against the terror group. Even though both South Asian countries are rivals and have fought multiple wars, the new localized strategy of IS may see the intelligence services of both countries finding some common ground in this fight.

This article was originally published by the author in May 2019.