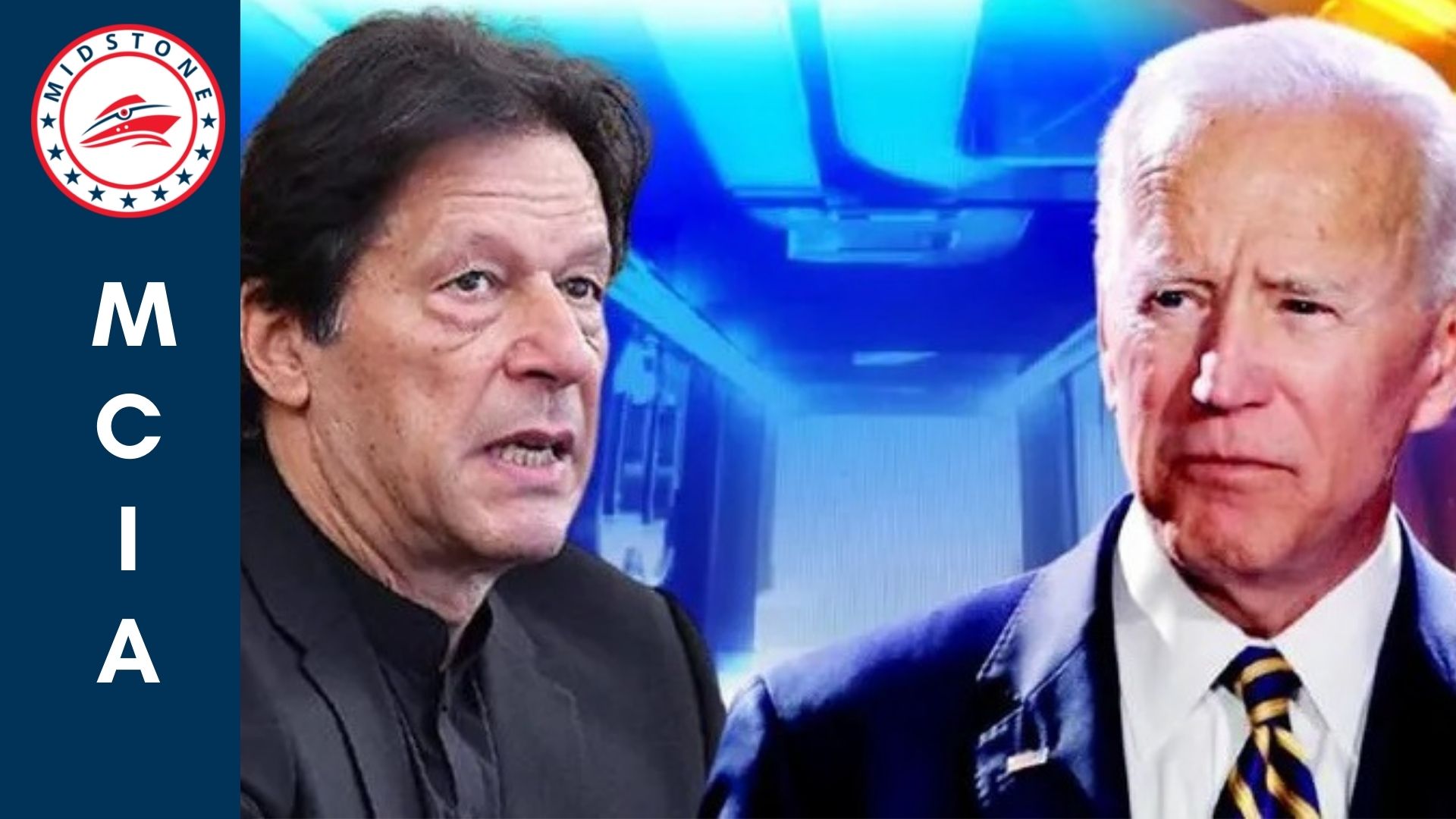 Pakistan’s former Prime Minister Imran Khan recently went on an anti-U.S. tirade after facing a No Confidence Motion by the Opposition and seeing his own party members defecting to the other camp. This was a political last resort for Imran Khan, who has formed a personality cult at home and has made his political struggle about morality and good vs evil.

Imran Khan, having lost the numbers in the Parliament and failing to stop some of his own party members from defecting, during a political gathering on March 27th, waved around a piece of paper while claiming that it contained a threat by a foreign country to oust him as the Prime Minister. Later Pakistan’s own foreign policy experts confirmed that the so-called threat letter was actually a diplomatic cable from Pakistan’s former ambassador in Washington D.C. During a live TV address, Imran Khan named the U.S. as the country that sent the threat to topple his government, only to later claim that it was a slip of tongue. However, Pakistan’s serious political analysts believe that it was not a slip of tongue and Imran Khan intended to build on his narrative of ‘foreign conspiracy’ by naming the U.S.

When the Pakistani military and its public relations wing the ISPR didn’t immediately come forward to endorse Imran Khan’s claims, he summoned the National Security Committee (NSC) meeting, which includes representatives of Pakistan’s security institutions. But even the NSC statement did not endorse Imran Khan’s claims of a ‘foreign conspiracy’ against his government. However, the NSC statement did mention “undiplomatic language” and “interference in internal affairs” in regards to the diplomatic cable that was sent by Pakistan’s U.S. envoy. Sources say the diplomatic cable carried not just the original communication between a Pakistani diplomat and a U.S. official but also some paraphrasing, and the discussion that took place was mainly about Pakistan’s stance on the Russian invasion of Ukraine and the coldness between the Biden administration and Imran Khan’s government. Reliable Pakistani diplomatic sources confirm that the communication carried no threat to topple Imran Khan’s government.

Meanwhile, high-level Pakistani security officials have been leaking to the media that the military establishment does not agree with Imran Khan’s interpretation of the diplomatic cable and they don’t think there’s any ‘foreign conspiracy to topple his government.

“We support the peaceful upholding of constitutional & democratic principles..We do not support one political party over another, we support broader principles, the principles of rule of law, of equal justice under the law”

“There is absolutely no truth to that allegation”

While Imran Khan has been accusing his political rivals of treason as he claims that all of them are part of this supposed ‘foreign conspiracy’ against him, he is yet to distance himself from endorsements from sanctioned states of Iran and Russia.

Following Imran Khan’s anti-U.S. tirade, leaders of an Iran-linked Pakistani Shi’ite group Majlis Wahdat-e-Muslimeen (MWM) gave a call for taking out rallies and protests in support of Imran Khan and his anti-U.S. stance.

Terrorists used to kill Pakistani Shias for chanting “Death to US”. Now, thanks to Allah, Pakistani rulers are chanting the same slogan. Pakistan should shut down US embassy and expel all US diplomats.

Iranians on social media also praised Imran Khan and supported his claim of U.S. conspiracy against his government.

Former Indian diplomat MK Bhadrakumar, who has worked on the Iran-Pakistan-Afghanistan desk in the Ministry of External Affairs of India, wrote a piece that furthered Imran Khan’s conspiracy theory.

Iranian state-affiliated media outlets also gave favourable coverage to Imran Khan following his anti-U.S. tirade and celebrated the chants of “Death to America” by supporters of Imran Khan in Pakistan.

I’ve nothing to do with the issues of Pakistan but good to know that Pakistan’s PM Imran Khan owes his intellectual and ideological foundations to Allama Iqbal Lahori & Ali Shariati. He’s one of the most devoted lover of the Prophet’s family.

Tehran is closely monitoring the political developments in neighbouring Pakistan, stressing that Pakistanis should decide their own fate freely and without foreign interference.

Imran Khan, who recently discussed Cuba as an ideal example for Pakistan to follow, has so far made no effort to distance himself from the official statement from Iran, a country which according to Pakistan’s own Interior Ministry is being used by anti-Pakistan militant groups.

Russian Foreign Ministry spokesperson Maria Zakharova in a statement said that the political development in Pakistan “leaves no doubt” that the United States intended to punish “disobedient” Prime Minister Imran Khan. Spokesperson Maria Zakharova, in her statement, accused the US of “shameless interference” in the internal affairs of Pakistan for its own “selfish purposes”, claiming that PM Imran’s visit to Moscow on February 23 was a precursor to the motion of no-confidence tabled against him in the National Assembly.

Pakistan’s state television PTV, which some say is still being run by Imran Khan’s sympathisers, also covered the Russian Foreign Ministry statement in a manner which indicates endorsement.

Pakistan’s political analysts say that if Imran Khan returns to power, he will further isolate Pakistan from the mainstream world while attempting to build bridges with sanctioned states like Iran and Russia. It’s evident that a large majority of Pakistan as well as Pakistan’s security establishment does not agree at all with Imran Khan’s worldview and the direction he wants to give Pakistan, which comes with intense isolation.